Alot has been changed and improved in the new Automath update . First off we added a new feature called ‘Quick Mode’. Quick Mode allows you to scan multiple questions at once. Simply go into ‘Quick Mode’ in the mode menu and its ready to go. Drag the box and crop multiple questions at one time and press answer. In ‘Quick Mode’ you will also receive the answer right away at the top instead of going to the answer page. It is a feature we have been working on for a long while now and we have released it in the new update. It is still in beta phase and we are working on improving the accuracy in this feature in the next update. Here is a fan video of ‘Quick Mode’ in action.

There has also been a few UI changes with a functions being moved around for easier access. A zoom option has been added so there is no need to move your phone closer to a question to focus. Accuracy has been substantially approved in this update as well.

For this update we have localized Automath for the following languages: Turkish, German, Indonesia, Korean, Dutch, Czech, Arabic, Thai, Filipino, Hindi, Polish, Vietnamese, Chinese, Romanian & Italian. There are many more features to come for Automath users and we are working hard to release them in the near future.

With Transit services around the world constantly trying to keep up with technology to improve services, mobile apps are increasingly getting popular. Most municipalities now have mobile applications to allows their users to view schedules, plan trips and even in some cases purchase tickets. Lets start off and ask ourselves what the benefits are?

There is no question that all municipalities should be including this technology in their budgets for the future. Transit services are all about efficiency and transitioning into more environmentally friendly cities. Mobile apps can drastically reduce cost in paper tickets or even plastic cards which lots of companies have bought into as well.

What are the cons of mobile apps? We know where there is a mad made solutions there are always going to be problems. There are many issues concerning security and verification of tickets. Most new smartphones do support NFC technology but older phones do not. If companies use a card scanner to board buses or trains, then devices without an NFC chip will not be recognized. These apps are never truly un-hackable, so they do require rigid testing before going live. 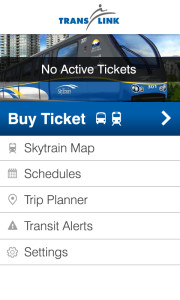 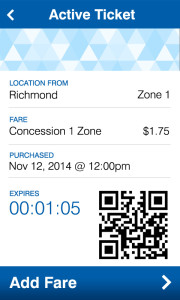 Mobile apps are still a relatively evolving solution for transit companies and is not something that can eliminate pay stations yet but in the next decade it just might be the only way to board a bus or train.

Do you need more information about
our services and how we can help
you with your project?
Location: Vancouver, BC